When Maria Lawton was six years old her family emigrated to the United States from the island of Sao Miguel in the Azores, a stunning archipelago in the middle of the Atlantic Ocean.

Maria documented the cooking and food memories so vital to her childhood, rediscovering her family’s traditional recipes and putting them into her first cookbook, Azorean Cooking: From My Table to Yours.

As a complement to her book, Maria blends her love of Portuguese food, traditions, and culture with the cooking and travel series “Maria’s Portuguese Table”. In this first series she goes on an 8-part food and travel odyssey starting in Rhode Island USA to Sao Miguel Azores, to California. Rediscover one of the world’s oldest cultures with her!

Dean Camara founded Cineasta Digital Productions in 2014 after spending 15 years as a founding partner and CPO of a multimedia company. Camara is a 2x Emmy award winning cinematographer for his work with the HBO series “Hard Knocks” and has provided content for some of the best sports broadcasters such as Showtime, ESPN, the NFL Network and UFC.

In 2017, Camara teamed up with executive producers Bob and Maria Lawton to produce the first cooking and travel series that showcases Portuguese food, traditions and customs. History was made when it aired on Rhode Island PBS in January 2019 as the first of its show to air on American Television for the English-speaking market. 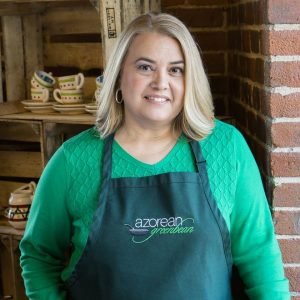